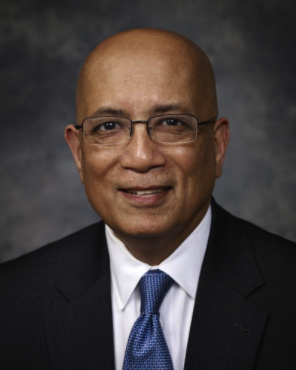 Dr. Bose joined UT Dallas in April 2013. From 2013-2017, he was the founding director of the Institute for Data Analytics in the Erik Jonsson School of Engineering and Computer Science. The focus of his Institute was to increase industry-funded R&D programs in data analytics, across multiple verticals, including communications, healthcare, government and energy.

In 2017, he moved to the Naveen Jindal School of Management as Director of the Center for Information Technology and Management. His Center’s Advisory Board has members from many prestigious organizations that support the teaching and research mission of the Jindal School, including Oracle, Google, Amazon, Amdocs, Salesforce and the American Heart Association. In addition to teaching both undergraduate and graduate classes in Information Systems, he mentors students on industry-funded projects in Business Analytics, Machine Learning and Cloud technologies.

Prior to joining UT Dallas he held senior executive roles in the Communications and Media industry, including Bell Laboratories and AT&T. He was a Partner at Arthur Andersen, serving telecom and media clients in the US and Canada. At Siemens, he led the company’s telecom and media consulting practice, serving clients in North and South America. He has also held senior management positions at Fujitsu and Cognizant.

Dr. Bose received his Bachelors in Electrical Engineering from the Indian Institute of Technology, Kanpur, Masters in Systems Engineering from Case Western Reserve University, Cleveland and Ph.D. in Operations Research (with a minor in Finance) from the University of Texas, Austin. He is a Senior Life Member of the IEEE and has served on the Board of Governors of the IEEE Communications Society and as Technical Editor of IEEE Communications Magazine.