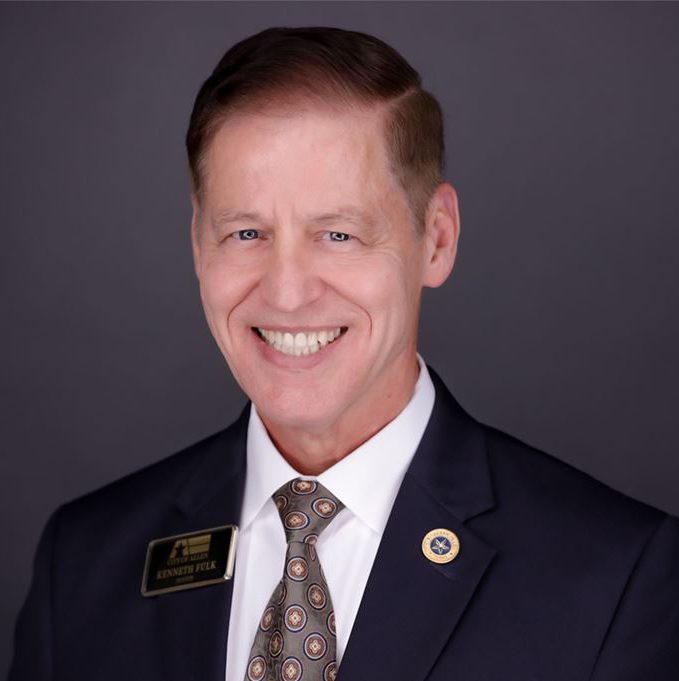 Elected in November 2020, Mayor Ken Fulk has actively served the Allen community since 1984. His service includes previous terms on Allen City Council, where he served four years as Mayor Pro Tem. He previously served on the City’s Planning and Zoning Commission and the Allen Economic Development Corporation board, in addition to various volunteer positions with other groups such as Boy Scouts, First United Methodist Church of Allen, Rotary and the Allen Independent School District.

Mayor Fulk is committed to hearing concerns and views from all citizens to listen and learn before acting. He desires to actively create and support a culture and environment that embraces the diversity and values of all residents.

Mayor Fulk holds a B.S. degree in Mechanical Engineering from Texas A&M University and a M.A. degree in Business Management from Central Michigan University. A consulting engineer and former U.S. Air Force captain, he has lived in Allen since 1984.